Dairygold has become the latest processor to reveal its milk price for August supplies, moving to increase its price

Dairygold has become the latest processor to reveal its milk price for August supplies, moving to increase its price.In a statement today (Friday, September 17), the southern cooperative announced that it has increased the August milk price by 0.5c/L.

This brings the August price to 36.25c/L based on standard constituents of 3.3% protein and 3.6% butterfat, inclusive of bonuses and VAT.

The milk price for August based on EU standard constituents of 3.4% protein and 4.2% butterfat is 39.6c/L, it was added.

“Global milk supply has eased over the past few months and the supply outlook to year end looks more modest.

“Combined with Covid-19 recovery continuing, dairy demand has picked up in recent weeks.“As is customary, the Dairygold board will continue to monitor markets closely and review milk price on a month by month basis.”Meanwhile, Northern Irish processor Strathroy Dairies has also increased its August milk price.

Lifting its price by 0.5c/L, the Tyrone-based processor will pay a base price of 35.75c/L including VAT.Yesterday Kerry Group revealed its decision to hold its August milk price at 35c/L, excluding 0.5c/L in bonuses. The flat 1c/L top-up paid in July will not be paid in August.Earlier this week,  35.6c/L (including VAT) for August creamery supplies, at 3.6% butterfat and 3.3% protein.

This figure is unchanged from last month’s announcement for July milk.

Farmers members will receive a 0.42c/L (including VAT) payment from Glanbia Co-op on all milk supplies this month as their ‘Share of GI Profit’.

Meanwhile, on Monday (September 13), the board of Lakeland Dairies increased the co-operative’s price for August.

In Northern Ireland, Lakeland increased its price for August by 0.3p/L to 29.5p/L. 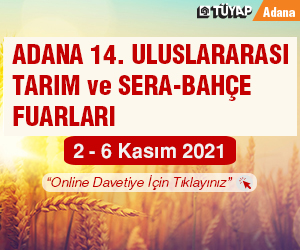